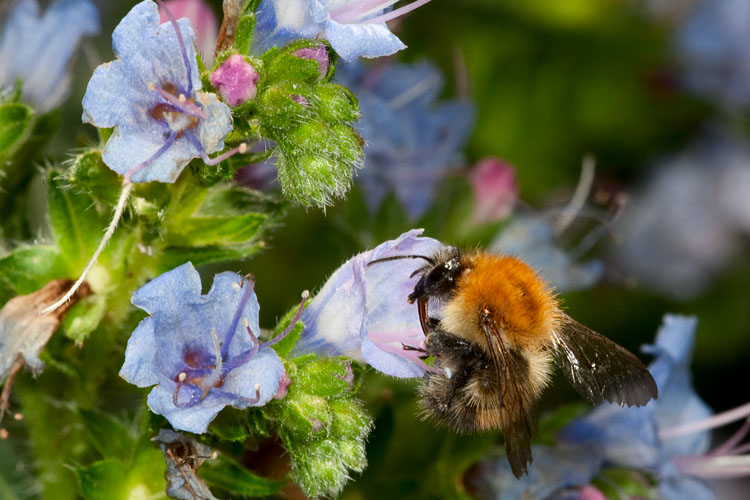 I’ve been meaning to show you at least one bee on this plant all summer as it has been swarming with them since May and with still a few flowers left there is still the occasional striped visitor.

The plant itself can’t really appear here in its own right as it’s most definitely one that we planted and not a native to London (we first saw them growing wild in the Isles of Scilly), indeed Mrs.LDNP grew it from a seed. Echium piniana it’s called and they’re usually tall spires over eight feet tall and bedecked with light blue flowers after a couple of years but after which they die I think. This specimen is only a couple of feet tall and a ball rather than a tower as a result of last winter’s cold spell I think. Still, a glorious treat for both the bees and us all summer long.